A nipa palm forest dubbed the ‘green lung’ of central Quang Ngai Province is set to become an ecotourism hotspot.

The seven-kilometer-long Kinh Giang River is famous for the centuries-old Tinh Khe nipa palm forest.
Unlike other palm groves such as the popular Bay Mau grove near Hoi An Town in neighboring Quang Nam Province, the Quang Ngai one retains its rugged, raw beauty since it has yet to get on the tourism circuit.
Authorities are now making plans for the development of ecotourism there. 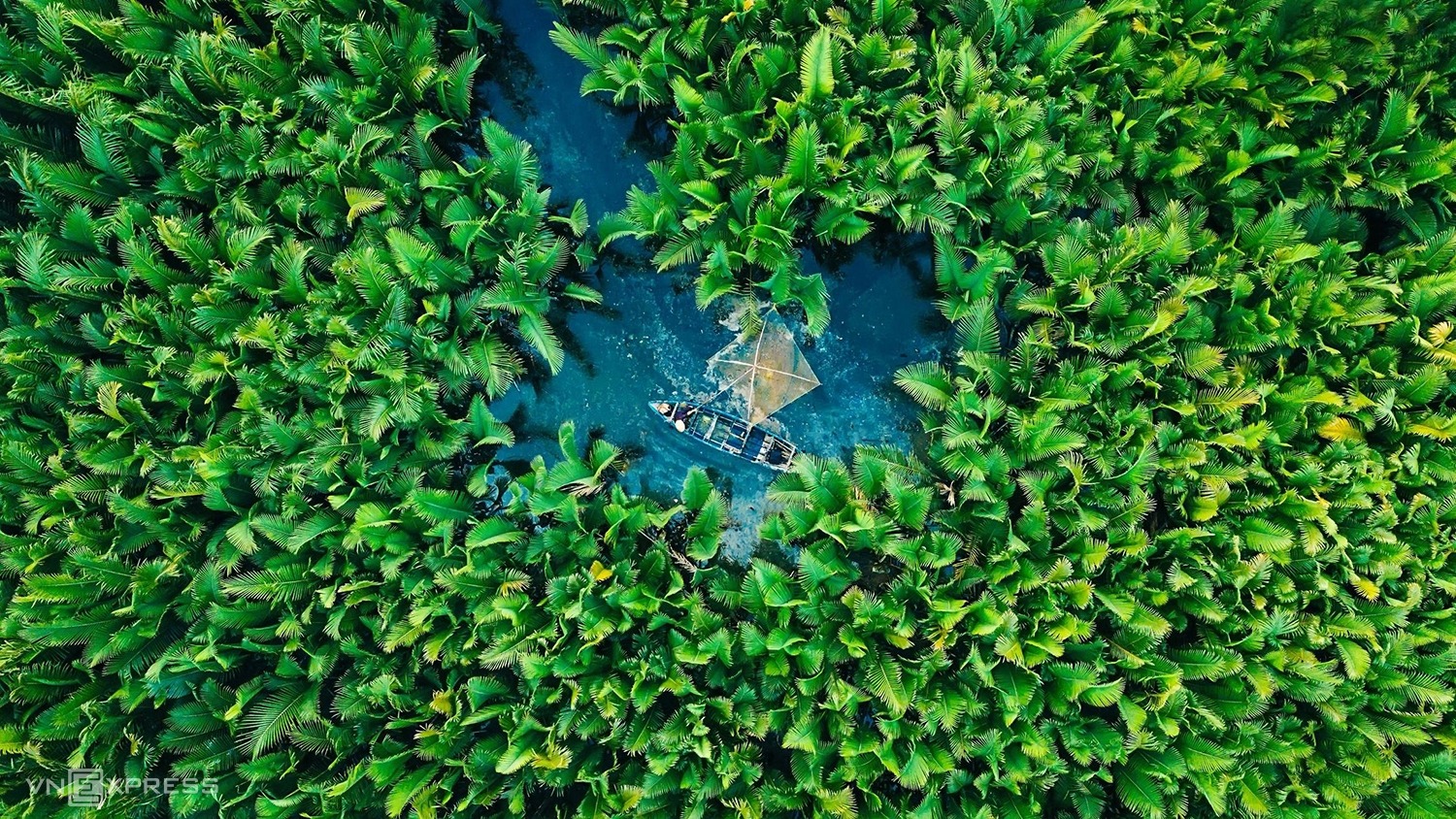 Locals fish inside the nipa palm forest.
The forest, situated around 16 kilometers from Quang Ngai and 200 meters from My Khe Beach, served as a revolutionary base for guerilla fighters from Tinh Khe Commune and Son Tinh District during the war. 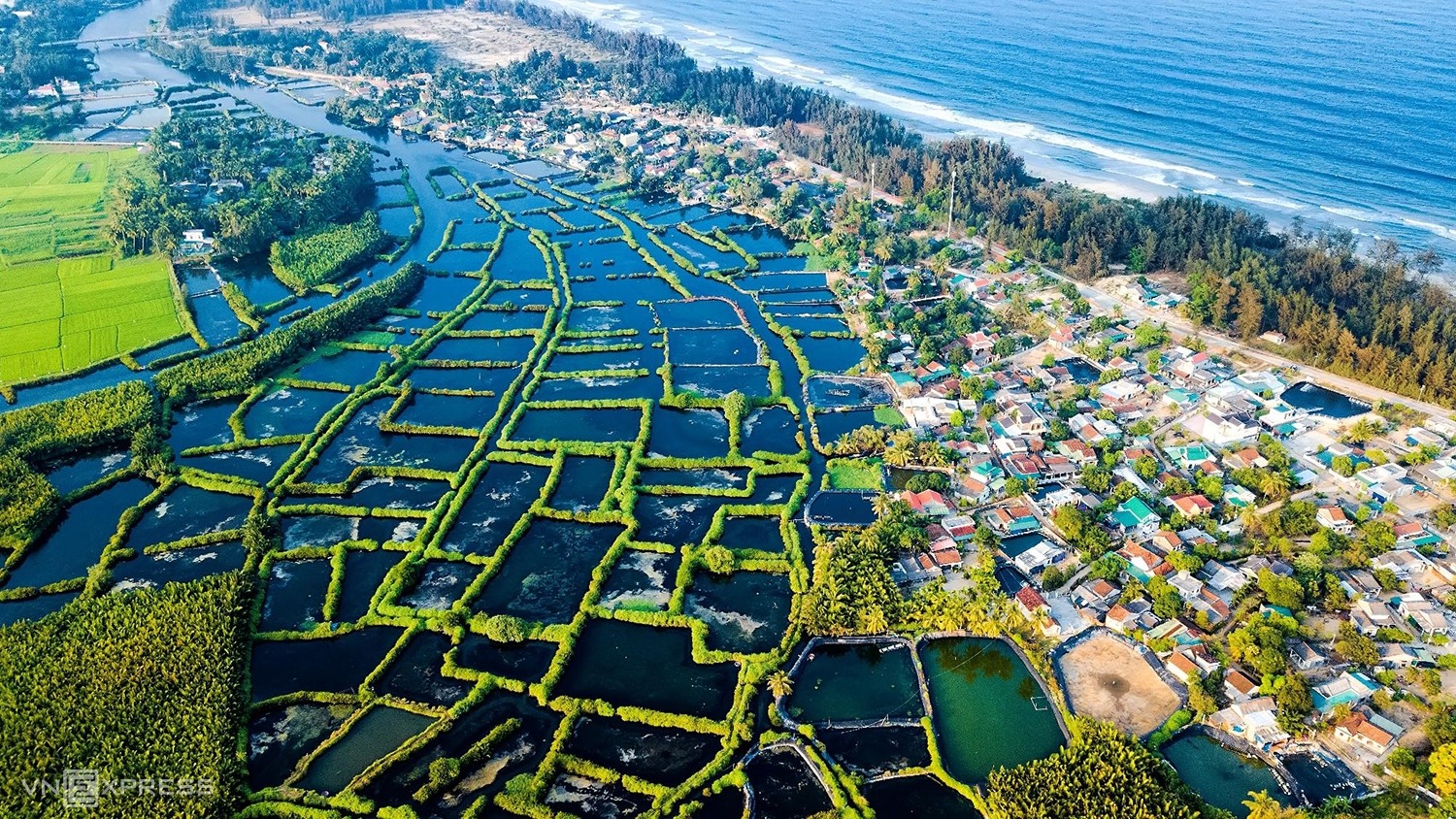 Lying next to the coconut forest is Co Luy Hamlet at the foot of Mount Phu Tho in Nghia Phu Commune, Tu Nghia District. The hamlet is famous for its stunning vistas all year round. 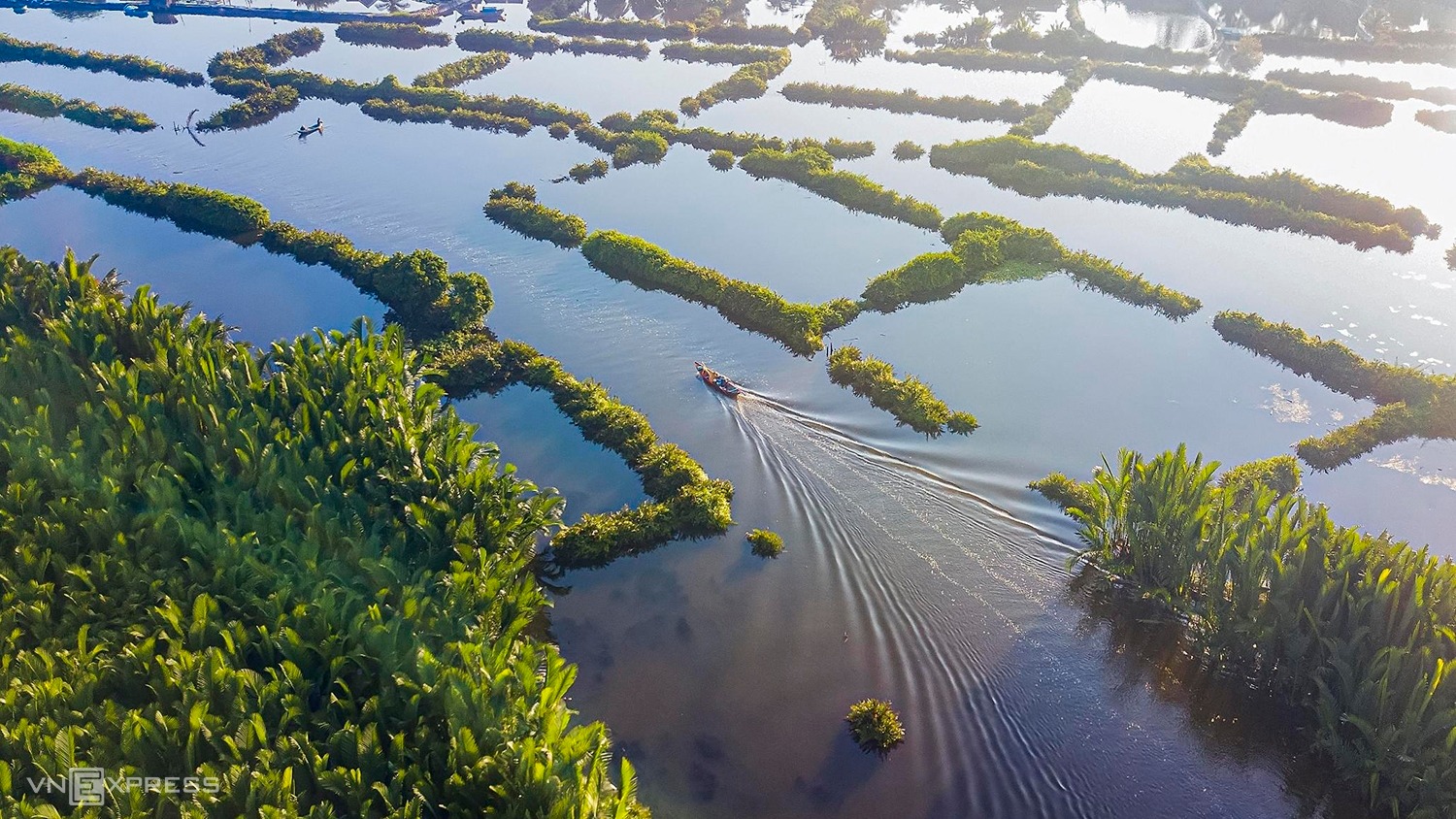 Boats are the only means of transport to inside the forest.
Visitors can take boat tours to explore the submerged forest, shooting pictures and enjoying the fresh air. 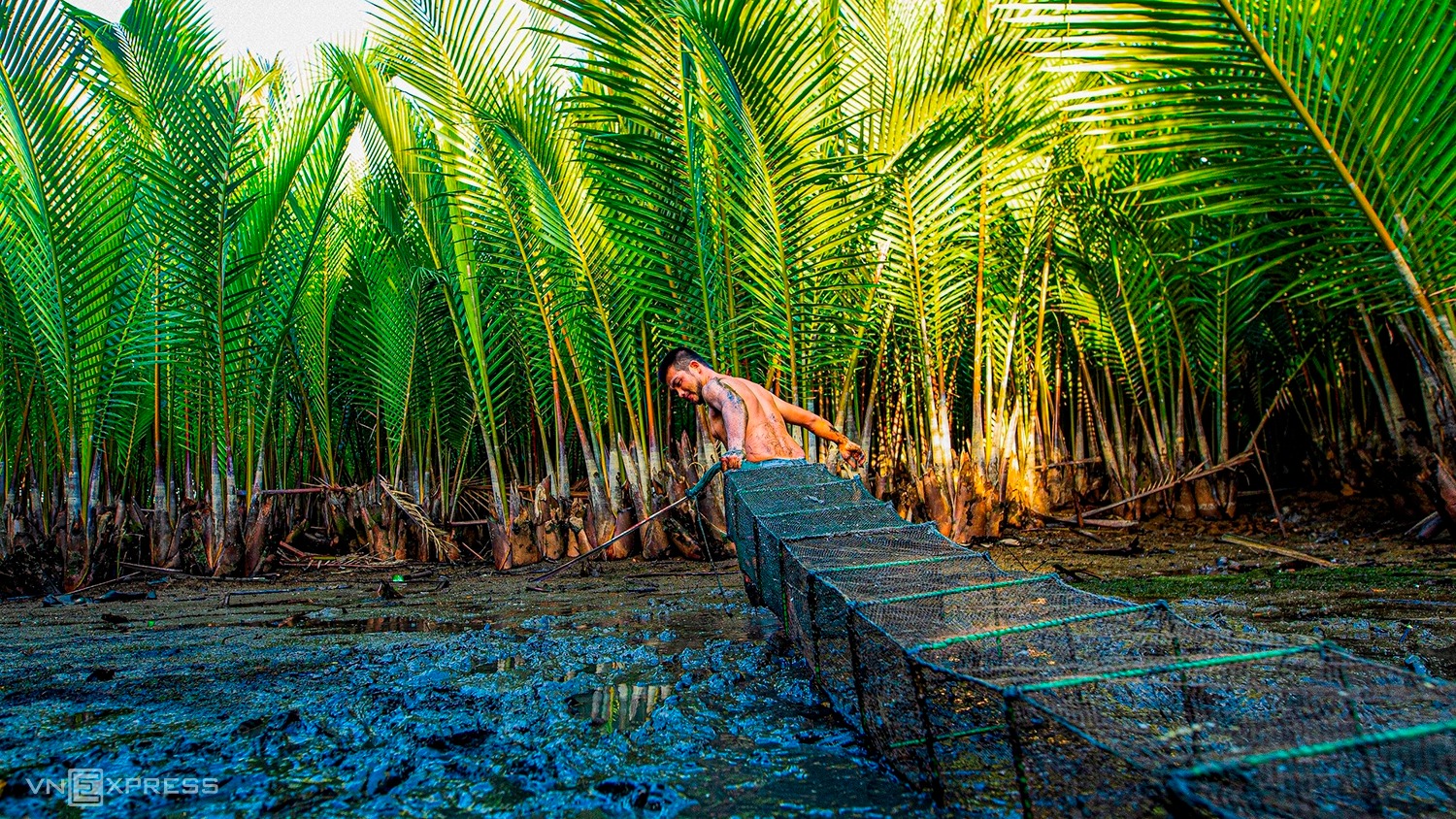 A local uses a fishing trap cage to catch fish. The forest is home to abundant marine life, which is the main source of income for people here. 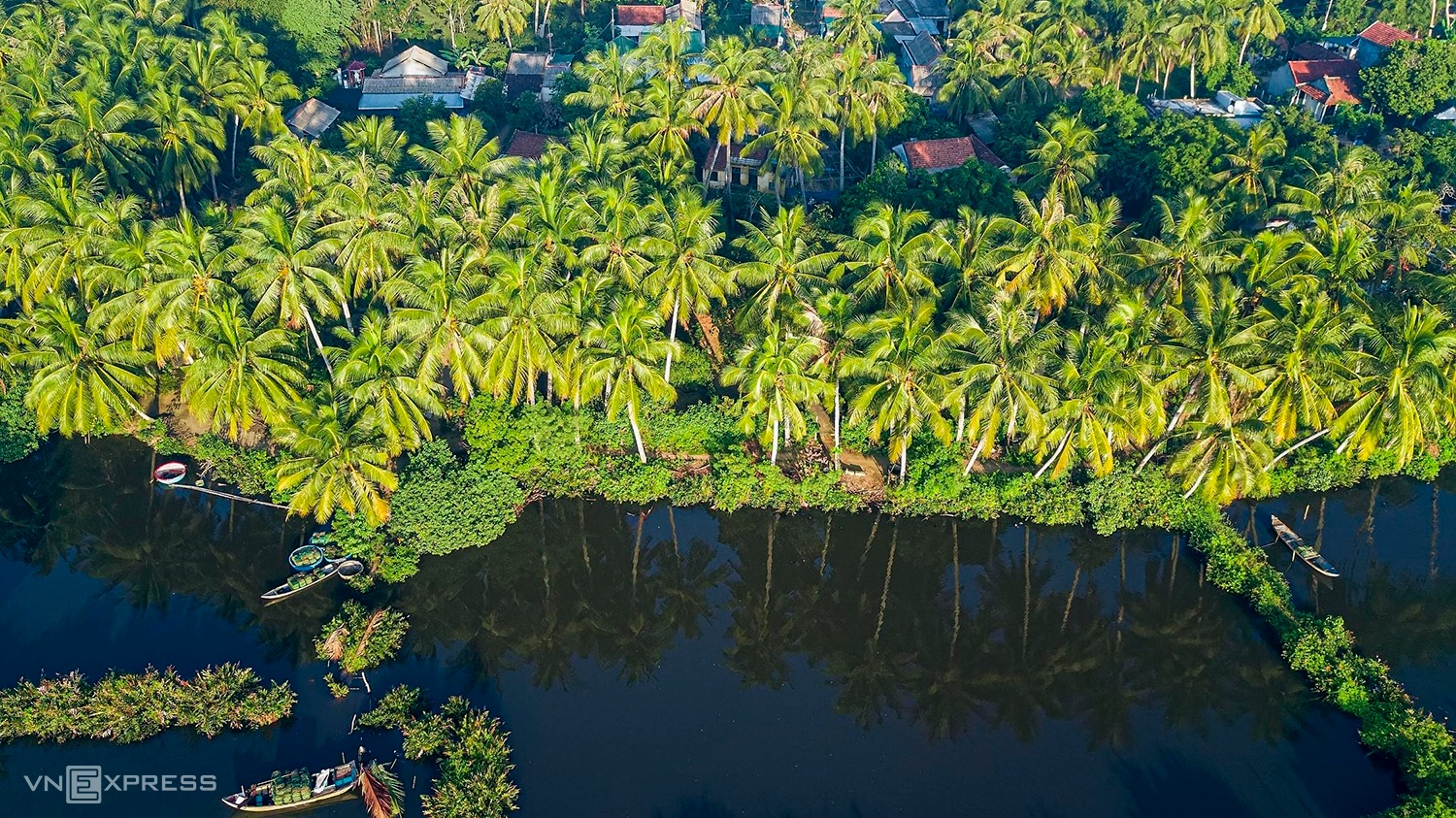 The houses nestle under coconut tree canopies. Locals are improving their incomes by selling roofs made from nipa leaves as an eco-friendly alternative. 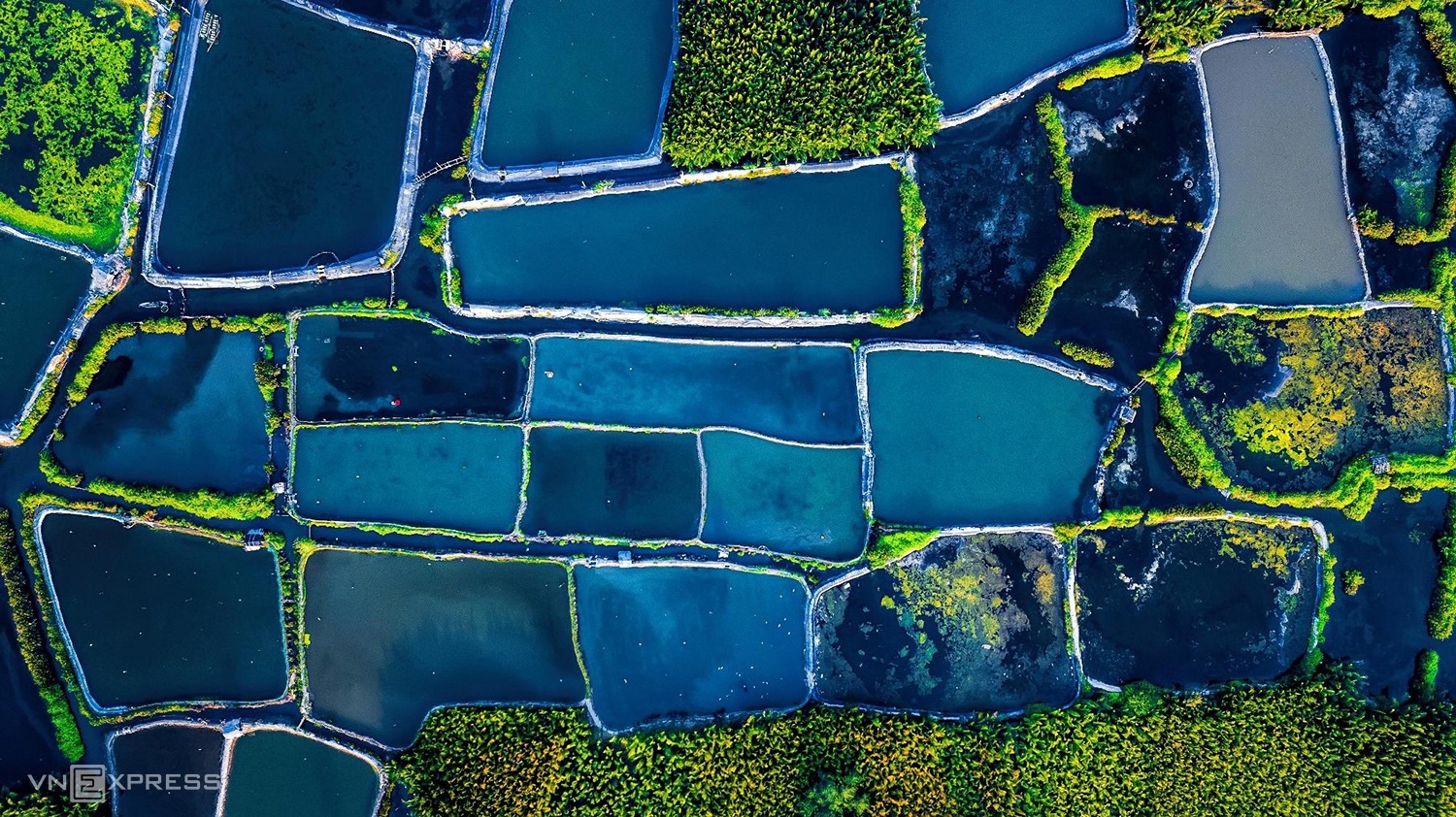 The Tinh Khe nipa palm forest has shrunk to an area of nine hectares as farmers dig ponds for aquaculture. The surviving area will be exploited for tourism.